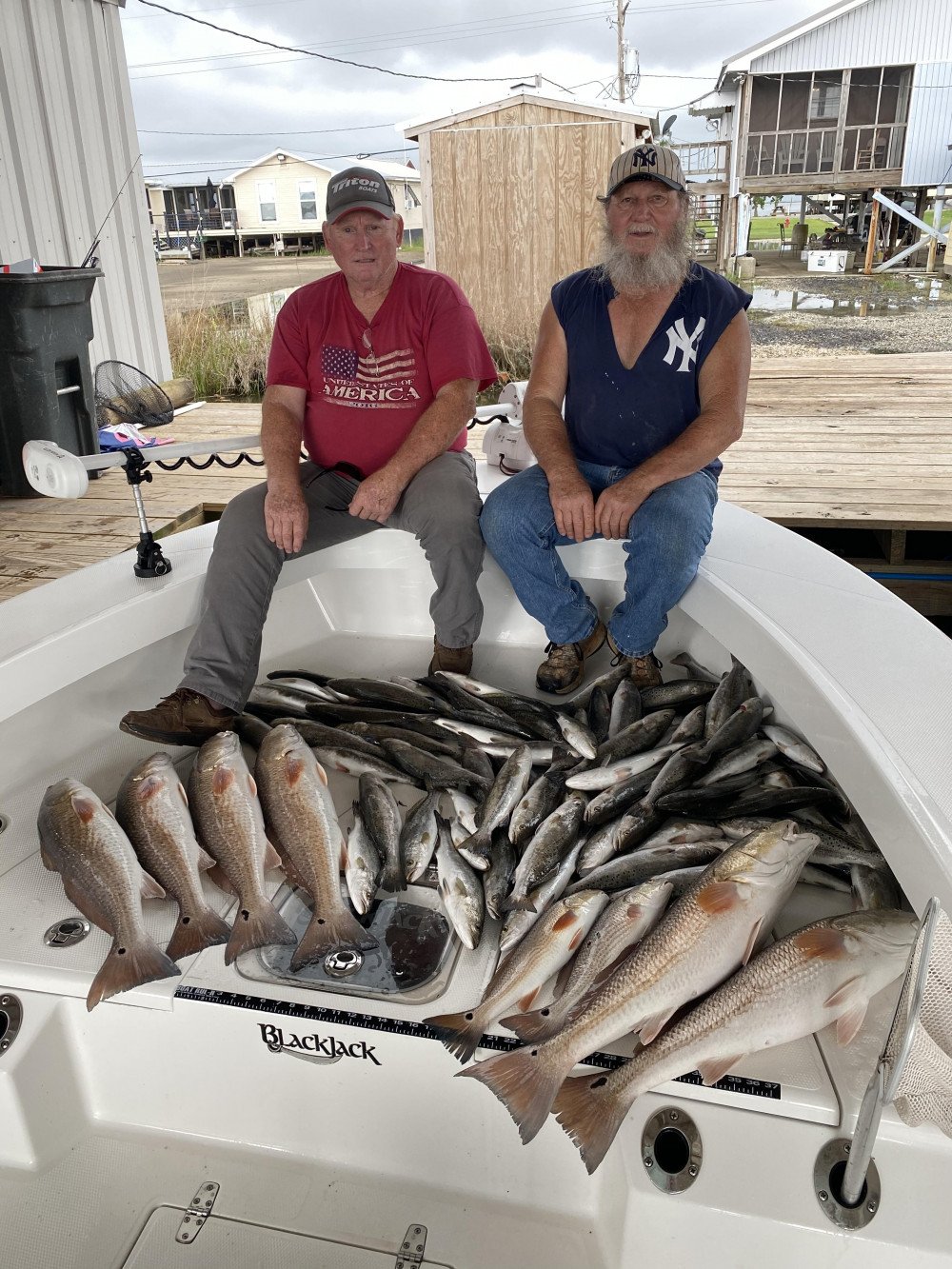 Lamar Jones and Raymond were back at it and just when I think they can’t out do a previous trip, they prove me wrong.  These boys showed no mercy on the trout, limiting out by 7.  If that wasnt enough,  we go after reds and they catch ten before being chased in by the storms.  It was as good as it gets, which seems to happen often for these guys!

Give me a call to catch fish like these guys do!

Andrew “Mo” Moline, Justin Kincaid and their friends decided to pay me a visit and take a little fishing trip.  We used to serve on t…

I had Chuck and Tim back on board for a couple days and they wanted some line stretching.  We decided to go for redfish and black drum, but our p…

Fantastic morning with the bachelor party.  I helped Capt Chase Gourgues out with a bachelor party and it was non stop action.  The first sp…