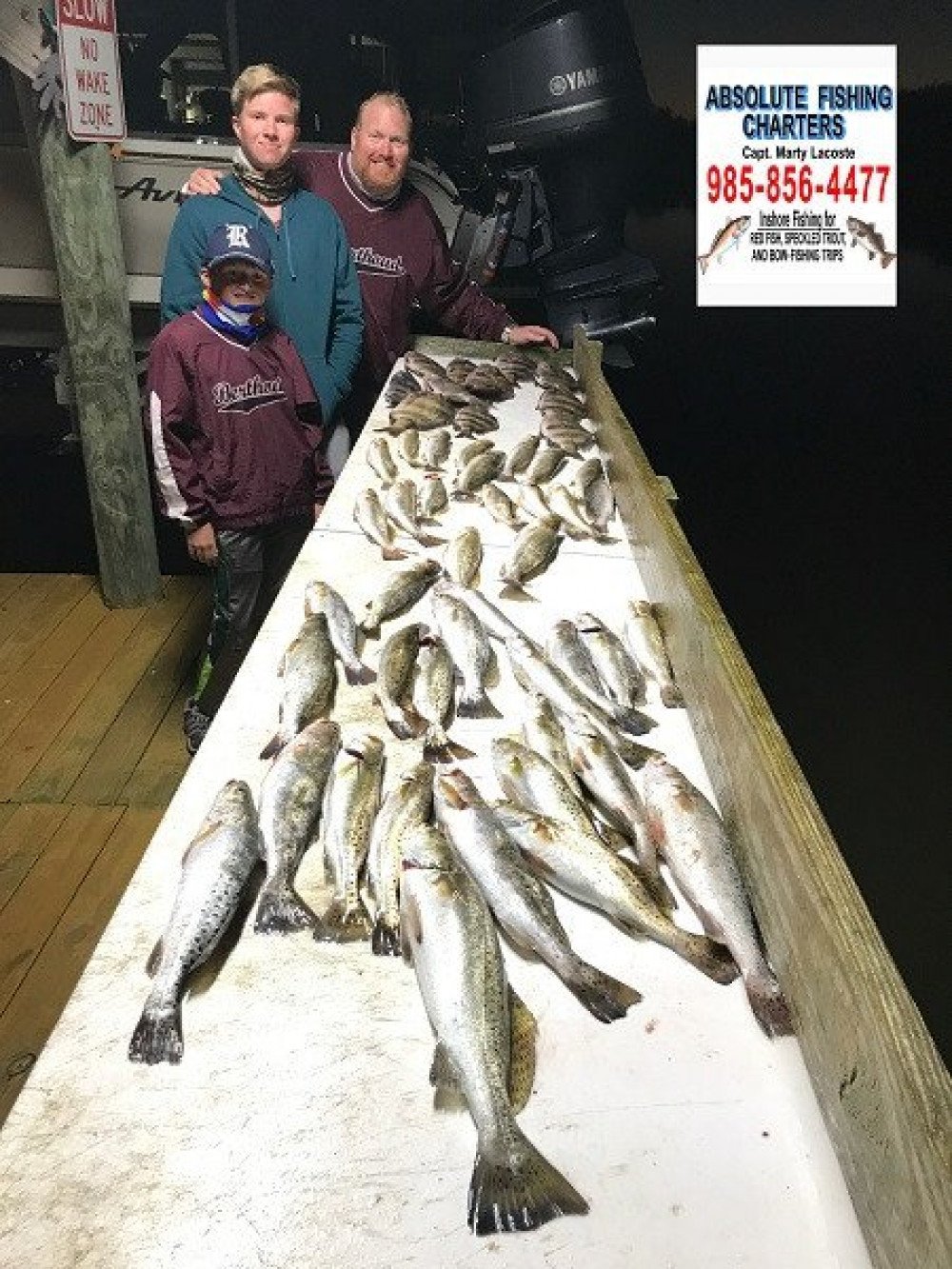 Frank Lettieri and his two sons joined me this afternoon on the big Bluewave.  We originally planned to fish this morning, but with the 19-26 knot wind forecast I had recommended rescheduling.  Upon waking up and seeing the winds at 11-13 mph I called Frank and gave him the option of doing a afternoon trip.  Well the boys had been wanting to get out and fish, so In no time I had a answer..."let's go".  We left the dock around 1 pm.  Our first stop had trout coming in right away fishing the shrimp Creole Matrix Shad 2 ft under a cork over a reef.  Slow and steady as they aren't stacked up.  Next two stops only produced a couple so we moved on.  We picked up a few more trout at the mouth of a ditch draining out into a bayou.  I could see a Bay Snapper near the bank so I took out some fresh shrimp and tossed it out.  Immediately hooked a fish, so I switched everyone over to shrimp under a cork.  It was every cast for a good thirty minutes, they were sneaky and kept getting off the hook.  We kept 10 and 1 puppy drum then switched back to trout fishing.  We found diving birds and shrimp running for their lives at our last stop. Fish on every cast as we watched the sun going down.  We actually left the fish biting as it was getting dark.  Great time with these guys again.  Thanks Frank for the continued business.
Capt Marty LaCoste
985-856-4477
www.absolutefishingcharters.com 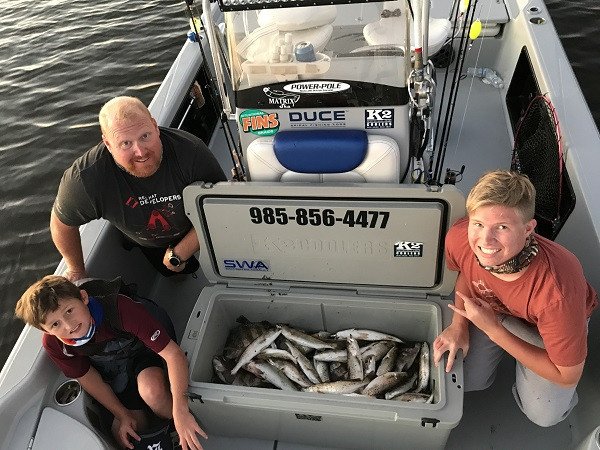