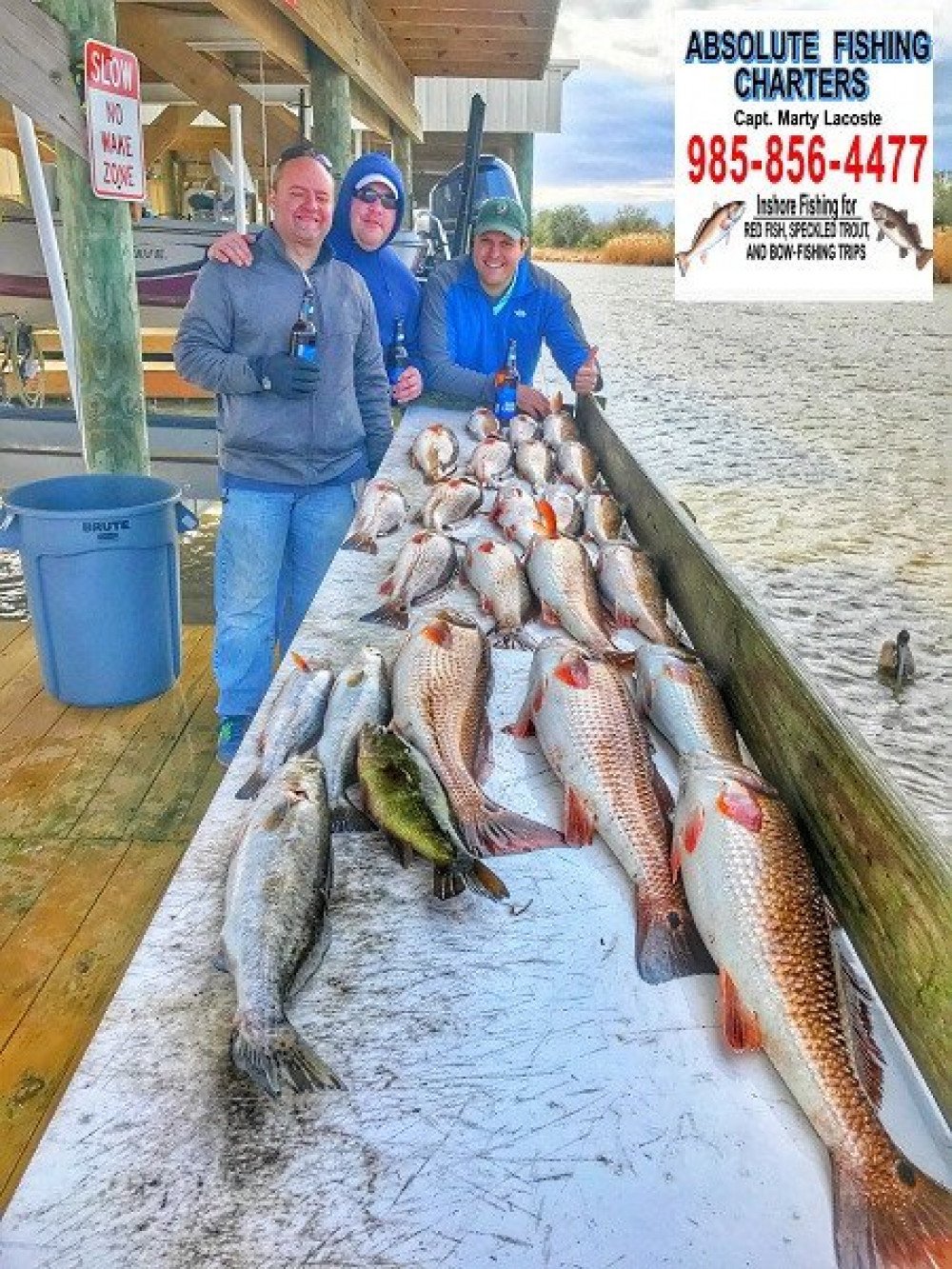 Michael Tuite, Matt Davis and Chance Delome were back with me again on the big Bluewave.  We knew we were facing some tough conditions with the front blowing through and 30-35 mph winds!   These guys are die hards!!  We started the morning off picking away at a few specks and a bass. We moved around for the first couple hours focusing on trout with no luck, then switched to plan B.  Shrimp on the bottom for reds.  Our first stop found three reds, but was very slow. Our second stop we found the motherload of reds!   As soon as the guys would cast their lines out they would have a red within seconds.  The action was insane as I could not unhook them
Fast enough!!  We left them biting every cast, what a incredible time we had!!  Thanks guys for not giving up!!
Capt Marty LaCoste
985-856-4477
www.absolutefishingcharters.com 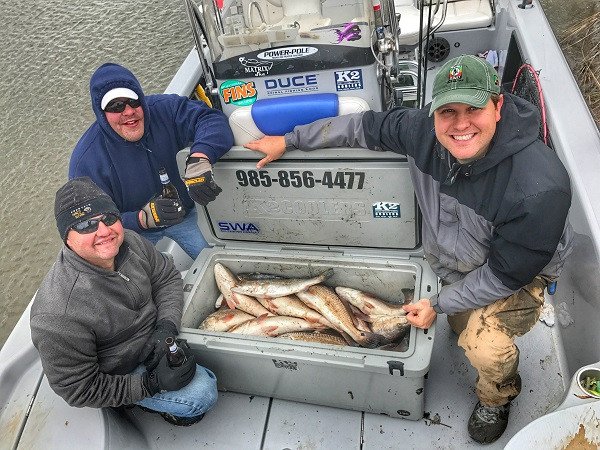