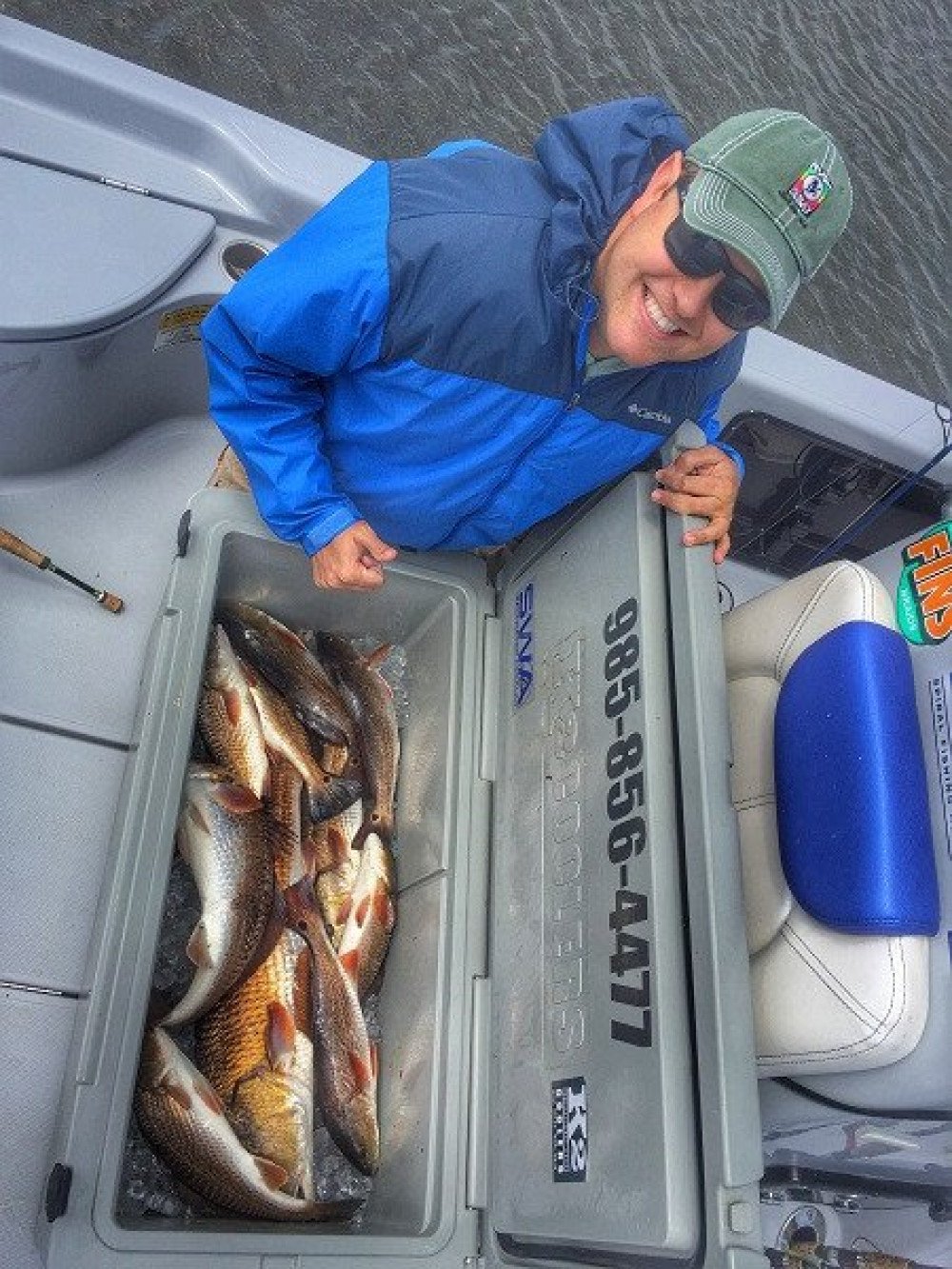 Michael Tuite was back with me again today.  The forecast wasn't the best and we almost cancelled.  We spoke yesterday and decided to go for it, it was a good choice!  The water was still high in the morning, so we went straight to the marsh.  Second cast produced a 18 inch redfish and I knew it was going to be good.  Green Hornet Matrix Shad on a gold spinner did the trick for us again.   We drifted two areas and had our ten reds, releasing a few undersized fish also. This was Michael's first time to Limit out on redfish.  I had a few crabs that we brought with us, so being it was still early we headed to the pass.   The wind was blowing a steady 25 mph and the seas were very choppy.   We fished two locations without a bite and were reeling up to leave. All of a sudden Mike's line took off peeling drag!!!   6 minutes later a 27 pound Bull red was landed, which was Mike's biggest red to date.  Great time making memories today,  thank you for the continued business.
Capt Marty LaCoste
985-856-4477
www.absolutefishingcharters.com 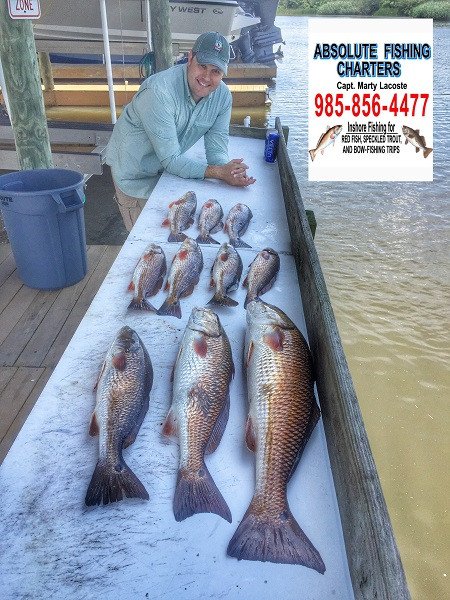