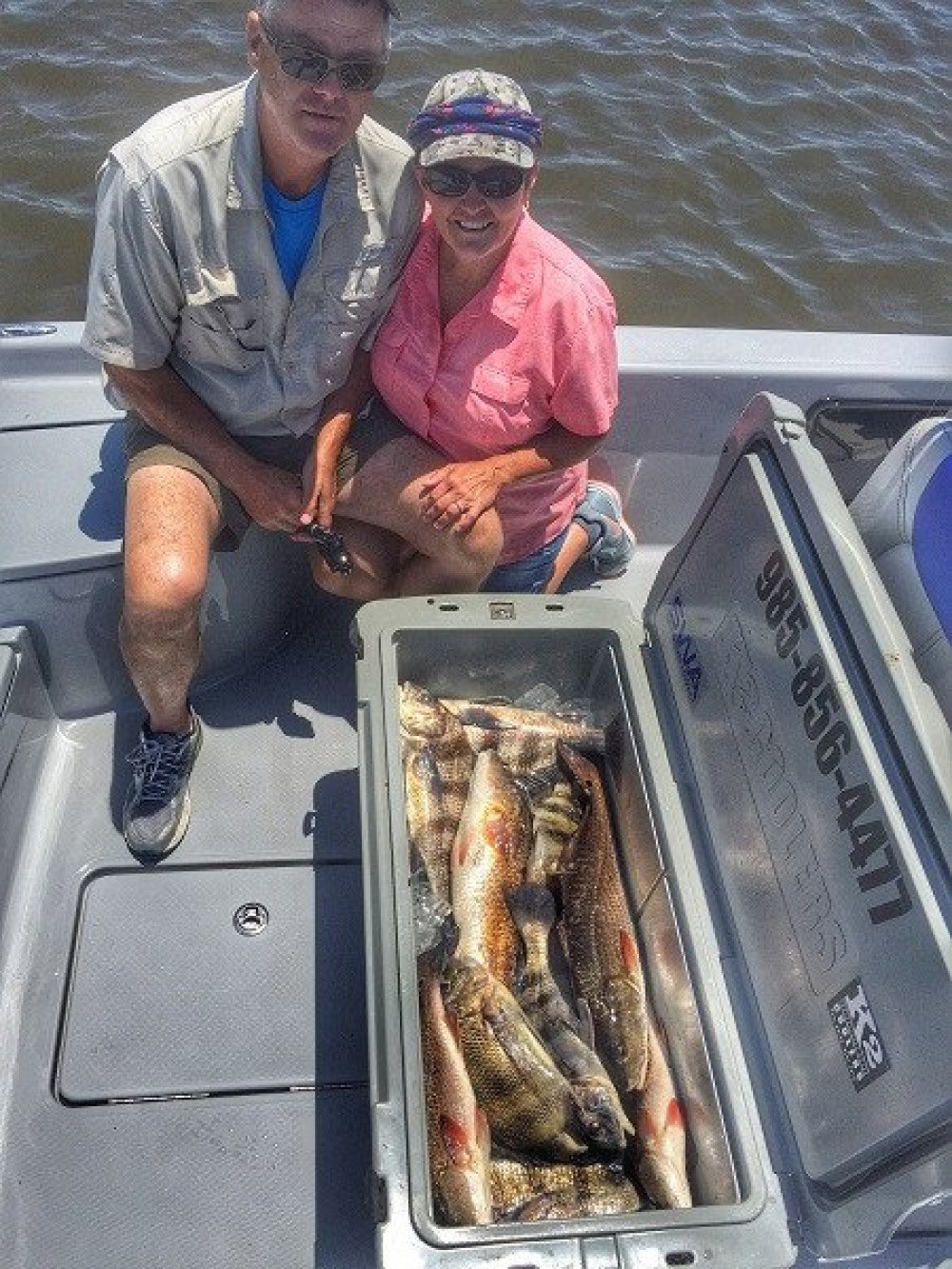 Tom Yakuvovich and his wife joined me on the Big Bluewave.  They wanted to target only redfish.   We hit the ponds casting Green Hornet Matrix on spinner baits, Toms second cast had a 19 inch red hitting the ice in the K2 cooler.  Toms second hook up broke off, we kept moving in the shallows. With the water low, the grass was exposed which made it harder to work the lure. It was a slow bite but my crew hooked up with ten reds (two broke off, two spit the hook).  We switched to plan B soaking shrimp and hooked into 2 more reds, 4 puppy drum, and 2 bay snapper. My crew were happy and we called it a day.  Good times. 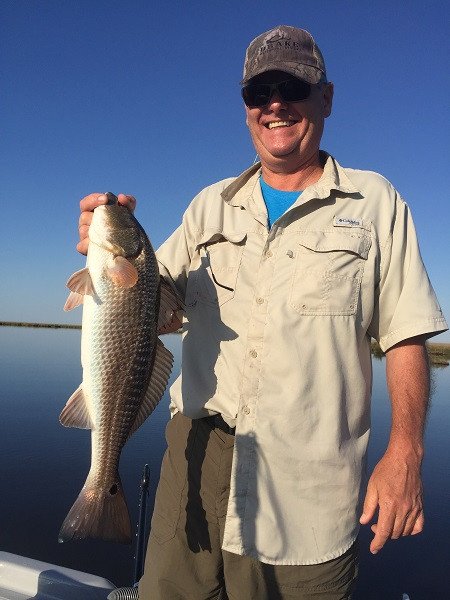