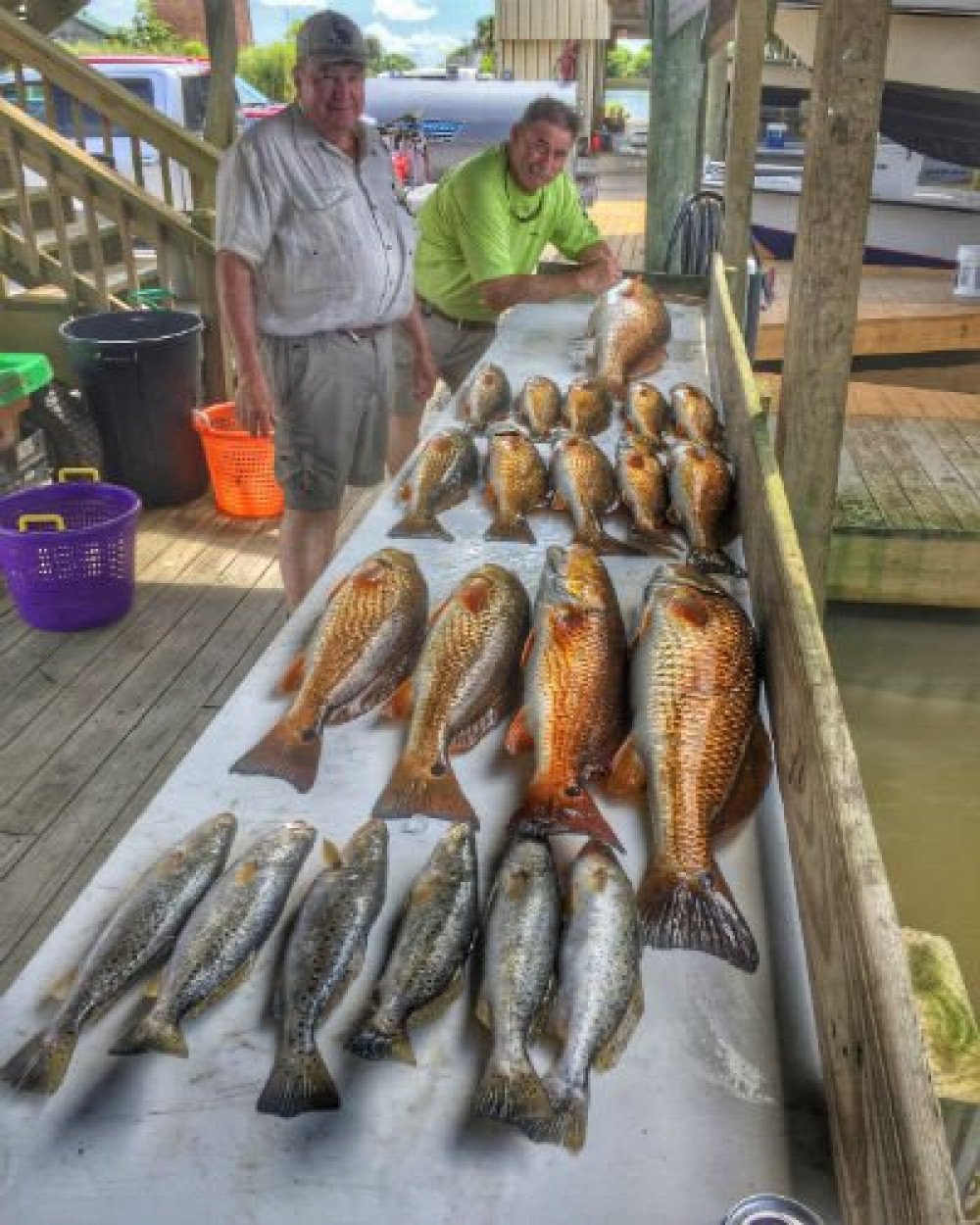 James Wheeler and Ben Ratcliff from North La were back with me again today.  We were not sure what the weather was going to do, so we decided to meet right before 7 am.  We stayed on the inside and found some birds diving on our way to our first area.  We picked up six keeper trout on Matrix Shad then moved on.  We dropped some cracked crab and only found two drum to take the bait. We released them both and moved on. Our next two stops found nothing, on we went!  Our next location found one big Bull red that Ben got to fight and a big Bull drum James got to fight. With the crab bite being so slow, I scratched the crabs and went to my roots!!  We hit the shallow ponds with gold spoons and in no time we had single and double and close to triple hook ups!   The golden beauties were thick, stacked and hungry!   We had our limit iced down in the K2 Cooler in no time at all.  It was a blast sight casting some of them. Ben hooked one swimming right next to the boat, as he just dropped his spoon straight down on his head and watched him hit it.  What a awesome sight to see!!  The guys and myself had a blast, it just doesn't get any better!     Thanks again guys for a great day.
Capt Marty LaCoste
985-856-4477
www.absolutefishingcharters.com 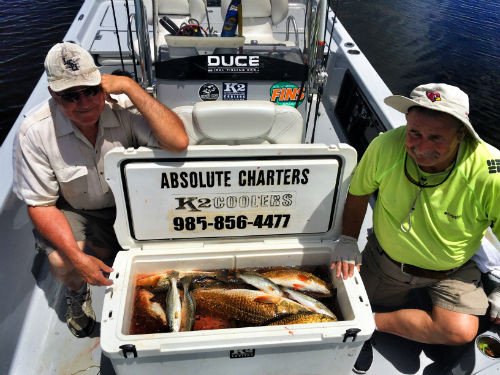