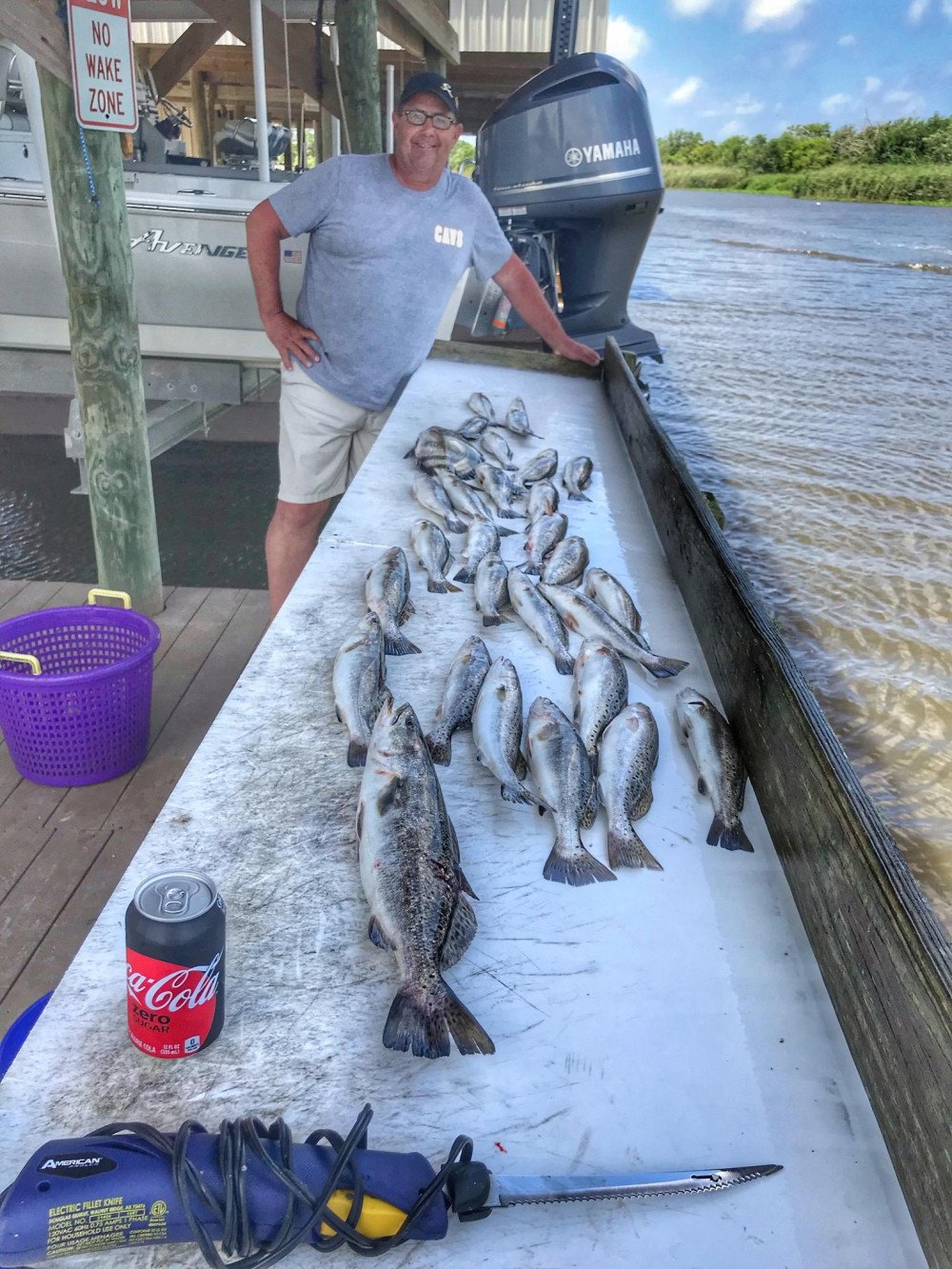 Day two with Coach Rodney Guin and crew has the winds blowing 28 mph upon departing the dock.  Coach likes to catch trout so that’s what we set out for.  It was a pretty easy ride out to the trout grounds, our first stop found no fish.  Our second stop had trout coming in from the first cast!!  We had non stop action catching, but tons of 11-11.5 inch trout.   We made several moves never finding a good bite again as the winds peaked at 32 mph.   We probably had 100 trout hit the deck of the Blue Wave Boats, but only 27 keepers made the cut.  We came into the marsh and it was so windy we could barley fish. After drifting one bank and only catching one bay snapper my guys threw in the towel.  We headed in at noon for them to shower up at the lodge and make their drive home.  Great two days guys, I look forward to your return in July.