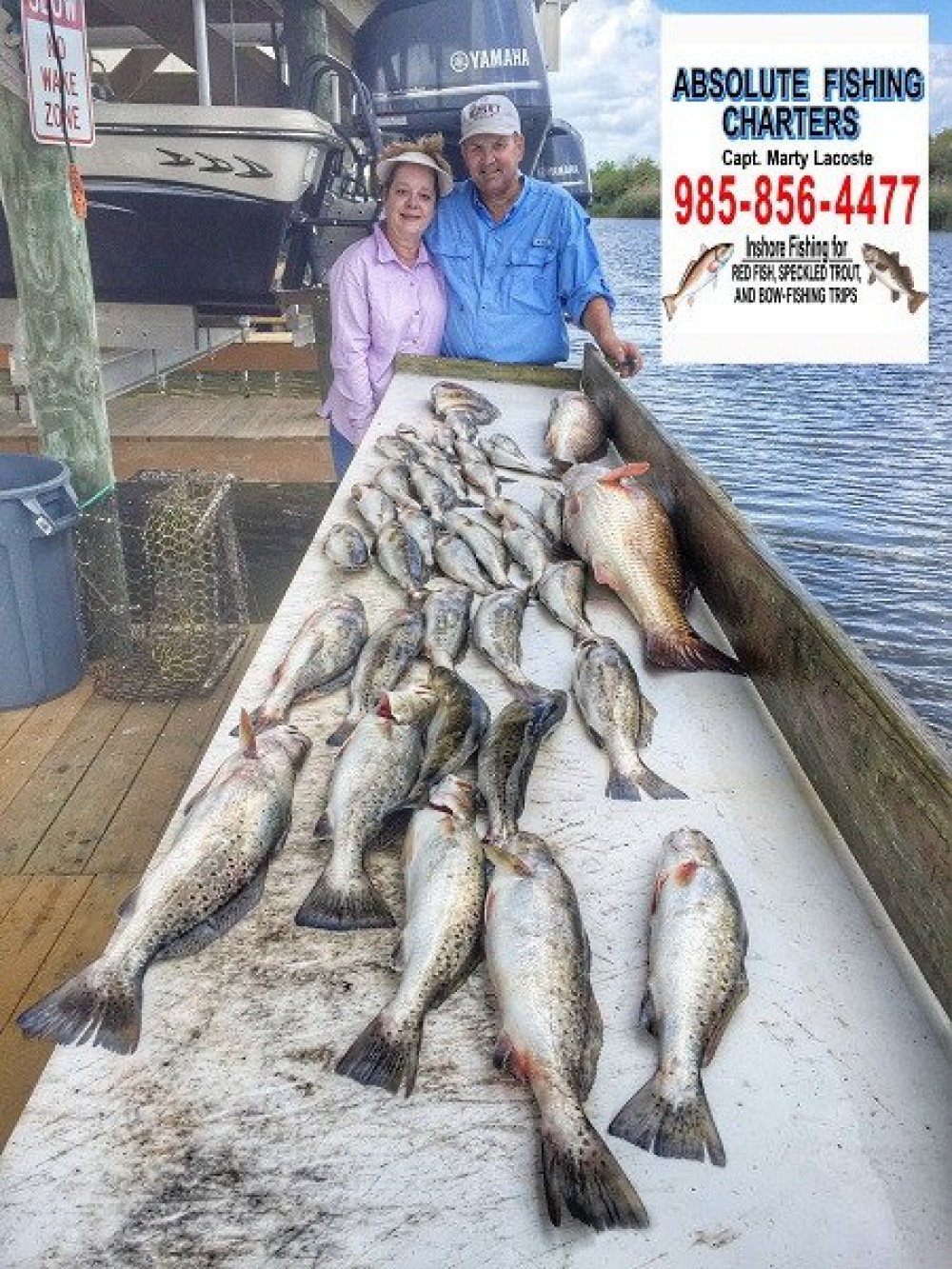 New customer David Graudnard and his wife Paulette fished with me for the first time. We were greeted with calm winds early and found the birds diving on shrimp at our first stop.  It was every cast action as soon as I stopped the boat for about ten minutes.  Then the fish did a disappearing act! We picked around until the bite was completely dead.  Two stops later we were on a steady run of fish until a Googan motored right through the area we were catching and killed the bite. The wind machine kicked up and the rest of the day was stick and move picking one fish here and there.  Shrimp Creole Matrix under a cork and single or double rigged Green Hornet and glow worked tight lined.  David started the morning with another type of shrimp he had rigged already and caught some also.  A couple reds and a lonely Bay snapper made the box also.  It was a pleasure fishing with David and Paulette, thanks again.
Capt Marty LaCoste
985-856-4477
www.absolutefishingcharters.com